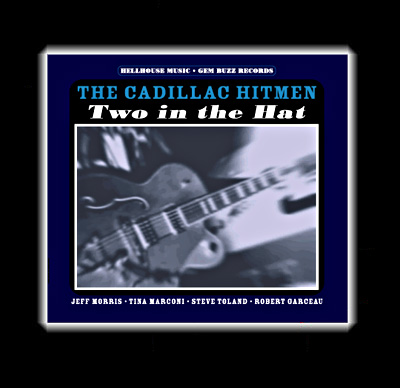 With the Cadillac Hitmen’s third release, Two in the Hat, Desert Surf Dragstrip Rock'n'Roll will now become a synonym for American roots music in Europe, too. The CD combines new songs, recorded in the studio, with live versions of older songs, recorded in November 2003.

For the first time the Cadillac Hitmen cross the borders of the classic four-piece by broadening their musical horizons through a Tex-Mex trumpet in the title song, added by Chris Elliot. All songs have been written by the band, except for the hidden track Black Sabbath, which is a cover version of the song by the band of the same name.


Cadillac Hitmen's Two in the hat, that’s the perfect blend of concise melodies with reverb-inferno.